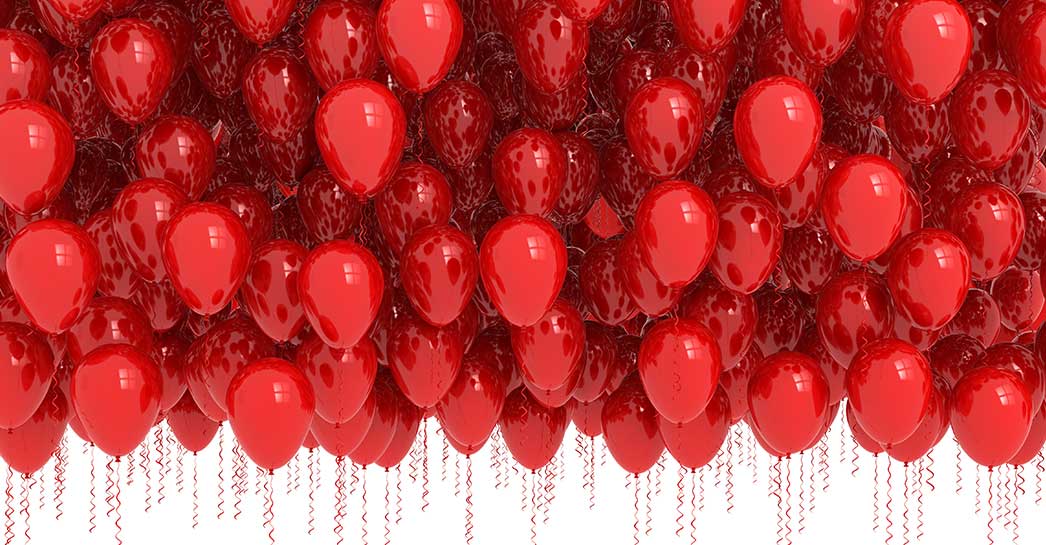 Back in 1998, while I was selling cars at a small Chevrolet dealership in Georgia, we had a daily ritual known as a lot party. This “party” consisted of completely rearranging the lot by moving different types of vehicles to the front line to draw the attention of potential customers. After the cars were moved and lined up precisely, the process of blowing up exactly 99 red balloons began. I’m not really sure why the number had to be exactly 99, other than the fact that our sales manager was a big fan of the 80’s song, “99 Red Balloons,” by the band Nena. Once the balloons were ready, the salespeople gathered 10 to 15 each and began attaching them to the cars on the lot. I don’t know if this garnered any additional business, but my manager insisted this routine be done every day.

The car business, like baseball, is full of these type superstitions.In baseball, if you go on a hitting streak while wearing blue socks, you will continue to wear those same socks for the entire season. In the car business, if you have a great day and sell three cars while wearing your favorite tie, you will continue to wear that tie for the duration of the month.
While most will never admit to believing in superstition, I can’t count the number of people I’ve seen kiss their palm and touch the roof of their car when driving through a yellow light, and the many green pea-colored ties cut after a first sale. In the Automotive Industry, superstition is engrained into our everyday lives; it’s almost second nature — passed down from generation to generation of salespeople. This incessant need to continue the superstition is something that continues to baffle me.

Superstition seems to be related to a fear of change. From our daily routine of grabbing a Diet Coke and a sausage biscuit from the gas station every morning to the number of times we swipe our deodorant under each arm, the fear of change prevents us from making decisions that fall outside of our collective boxes. Recently, I was on the phone with a prospective client. The owner let slip that our product was the most logical choice for his dealership and that he would move forward, as long as the desk manager was on board with the decision. Now, the manager, whom we’ll call “Steve”, was your classic, long-time super employee. Steve started as a porter in high school almost 30 years ago; he worked his way up from a porter to a salesperson, then finance, and finally to Sales Manager. For the last 10+ years, “Steve” had used the same CRM system, the same desking routines, and probably the same black Sharpie to pencil every deal.

Red flags (instead of red balloons) went up immediately! I knew from the start “Steve” would be someone that was probably very fearful of change. For every point I made on the benefits of upgrading to a modern CRM system, Steve was adamant his current CRM would do the same thing, including that his manual desking worksheet was just as efficient as multiple purchase options presented in seconds. He believed if he physically drafted each worksheet with his black Sharpie, then he would have more control of the deal – a system that simply stuck because he had one great sales day many years ago using those same steps.

If we look at why superstitions exist, it can best be described as fear. If you are fearful that you won’t have another great three-car day, then your superstition tend to get in the way of the tangible activities that can lead to more success, such as following up on showroom visits, returning calls to customers who have questions, and tracking those exchanges when they occur. Rituals and superstitions aren’t bad. They provide us with an increased sense of control and help decrease anxiety because we are relying on that to bring us success. Allowing your superstition to cloud the objectivity needed to assess your current sales processes can lead to unachieved goals/activities for your dealership.

I would love to say that there was a happy ending to “Steve’s” story, but at the end of the day, Steve will likely stick to his outdated automotive CRM, sales routine, and superstition, while his competition continues to outsell him by thinking outside of the proverbial box.

I want to:
Receive Product Information Reach Technical Support Request a Demo Sign Up for Training Discuss Something Else